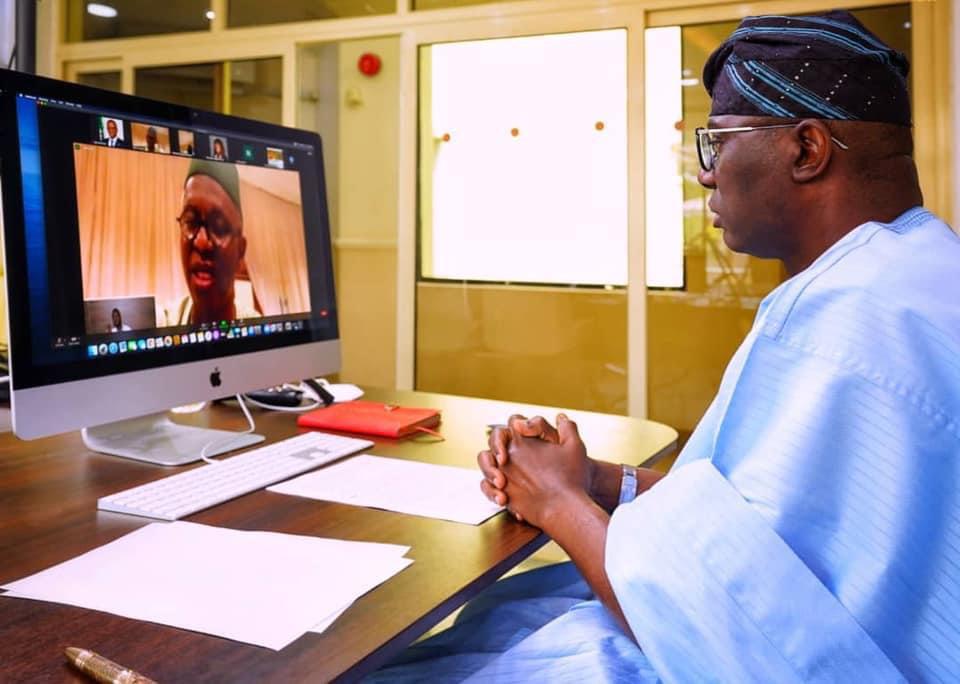 • ‘Lagos Is Fortunate To Be Led By Visionary Governors’ – El-Rufai

The 8th Lagos State Economic Summit (Ehingbeti) has drawn to a close today, with the organisers and participants departing with actionable resolutions to chart a new course of physical development and economic growth for the State.

Governor Babajide Sanwo-Olu pledged that the learnings and recommendations emanating from the summit would be developed into a policy framework to forge a new action plan and implementation that would bring the envisioned future of Lagos to reality.

The three-day event with the theme: “Greater Lagos: Setting the Tone for the Next Decade”, was largely held on a virtual platform, but some sessions were held physically at the Eko Hotels and Suites, Victoria Island. 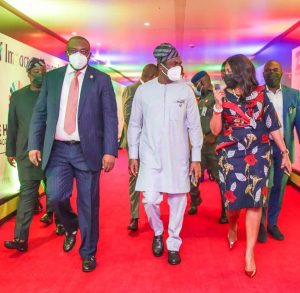 Over 11,000 people in 10 countries participated in the event, with an average record of 5,500 participants globally attending sessions daily.

Sanwo-Olu, in his closing address read virtually from Abuja, said the State Government had started to look into the future and was ready to implement resolutions that would make Lagos adaptable to the new culture of business interactions occasioned by technology and unpredictable pandemic. 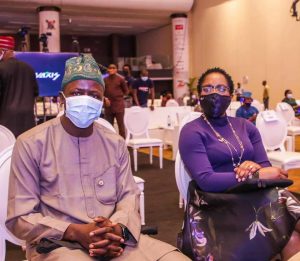 The Governor said Lagos took lessons from the disruption of economic activities created by the spread of Coronavirus (COVID-19), stressing that the experience would make the State Government deepen its scenario planning capabilities to bolster its resilience against such emergency.

He said: “As we have now successfully come to the end of this eighth edition of the summit, it is imperative to emphasise that the conversation must not end here. We must take the learnings and the conclusions from this Summit and use them to forge a plan of action and implementation that will ensure that the future we are envisioning for Lagos State comes to fruition.

“We have learnt, from the emergence and spread of the Coronavirus pandemic, that we can never be too prepared. So much has changed in the past year, humbling our confidence in the ability to predict and forecast what the future holds. The big lesson is that, we must deepen our scenario planning capabilities, as national and subnational governments, and as corporations and business entities. We must plan for every eventuality, including the next pandemic, which will eventually happen in the near or distant future.”

Sanwo-Olu said Ehingbeti, since year 2000 when it was first introduced during the administration of the visionary former Governor Bola Ahmed Tinubu, had become a tool to re-invent Lagos. He said the summit had become a platform for conversations about where Lagosians want the city to be headed, and how to fast-track the journey.

He said the development blueprint of his administration was designed as a road-map to guide the Government on the journey to deliver Lagos of residents’ dreams.

The Governor pledged to strengthen the economic potential of the youth, whom he described as critical stakeholders in delivering development programmes of the next decade.

He said: “We must now begin to plan for the next summit, even as we also take action on the resolutions of this one. I call on the private sector to be aggressive in seeking out opportunities to partner with and support the Lagos State Government. Ehingbeti speaks to what Governments, the private sector and civil society can come together to accomplish through deliberate bilateral and multilateral partnerships.”

Kaduna State Governor, Mallam Nasir El-Rufai, described Lagos as “the engine room” of the nation, stressing that the State was fortunate to have been governed by visionary leaders, starting from the administration of ex-Governor Tinubu.

El-Rufai said he looked forward to more reforms that would further simplify Ease of Doing Business in Lagos, noting the better the economy of Lagos performed, the better for Nigeria.

He said: “For us in Kaduna State, Lagos is a model that we follow. We look at Lagos as competitive advantage in many areas and try to implement reforms that will bring us closer to what Lagos has been able to achieve. Lagos has been blessed with very good Governors. The reforms initiated by Governor Tinubu are still bringing prosperity to the State.”

At the end of the summit, the Deputy Governor, Dr. Obafemi Hamzat, outlined 11 key highlights that encompasses the resolutions to be implemented by the State Government before the next summit.

Speaker of the Lagos House of Assembly, Rt. Hon. Mudashiru Obasa, represented by Hon. Gbolahan Yishau, pledged to support the resolutions with necessary legislative framework to make the Government implement the resolutions.