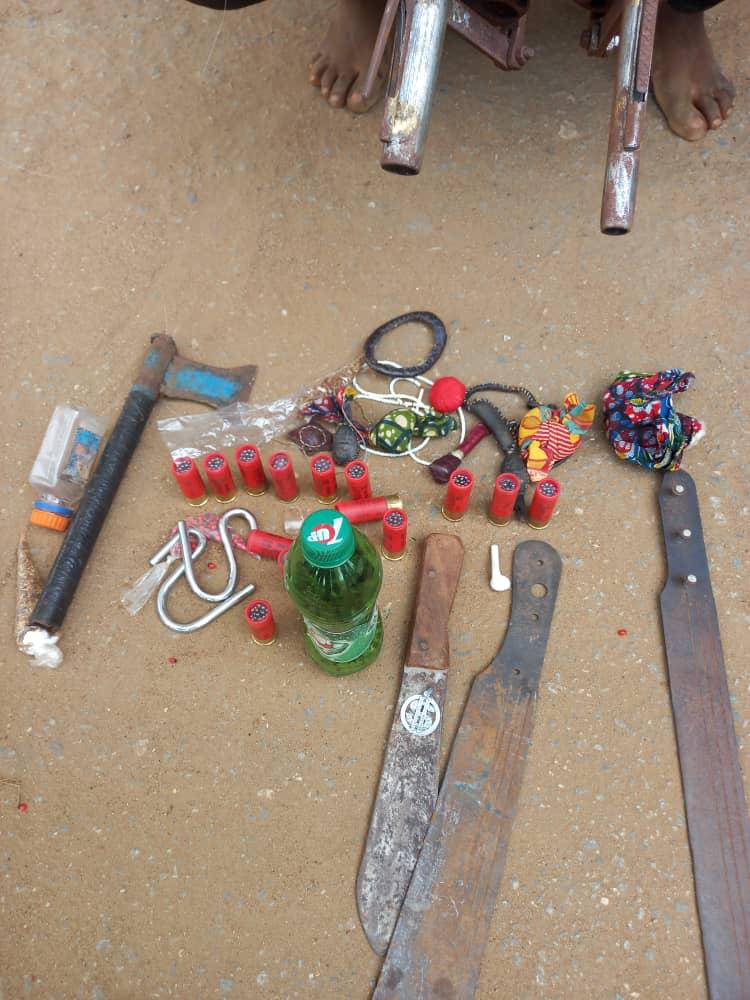 In a communique E-SIGNED by CSP OLUMUYIWA ADEJOBI(mnipr)
POLICE PUBLIC RELATIONS OFFICER
LAGOS STATE COMMAND
IKEJA-LAGOS
DATED 4TH APRIL, 2021has it that Segun, a senior member of Eye Confraternity, had been on the run for a while since he got the wind that he had been declared wanted by the police for his atrocities in Ikorodu area of Lagos State. But he was sighted in Ikorodu today 4th April, 2021, while the DPO Sagamu Road Division and his men were on Surveillance patrol around Ikorodu. 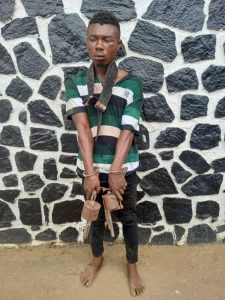 The suspect, who has been fingered in many murder cases, including alleged killing of a policeman, in Ikorodu, was arrested in possession of two (2) locally-made revolver pistols, each loaded with seven (7) and fourteen (14) rounds of cartridges, one axe, some cutlasses and assorted charms.

Similarly, the police detectives attached to Alakuko Division of the command, on 2nd April, 2021, at about 5.30am, arrested one Sola Akinwole, m, 27, where the suspect and his gang members were robbing at a car/motorcycles shop located at AMJE Bus Stop, Alakuko Area of Lagos State. 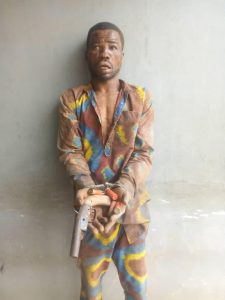 The police detectives raced to the scene while responding to a distress call from the shop. The suspected armed robbers had shot one of the guards at the shop, Tairu Baba, m, 20, before the police arrived the scene. One Locally-made pistol and four (4) cartridges were recovered from the suspect.

In another development, the police operatives attached to Festac Division on 3rd April, 2021, at about 3pm, arrested one Jonas Nnubia, m, 43, for defiling his wife’s neice (name withheld) at 1st Avenue, L Close, Festac, Lagos State.

The victim, who was taken to the police station in company of some officials of the Child Protection Network, Lagos State, alleged that the suspect has defiled her severally and warned her not to disclose his criminal act to anyone or else she dies. 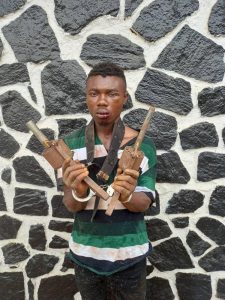 The victim has been taken to the hospital for necessary medical examination and attention in order to assist the police in carrying out their discreet Investigation into the matter.

The Commissioner of Police, Lagos State, CP Hakeem Odumosu, has directed that the suspects involved in the cases be transferred to the State Criminal Investigation Department for proper investigation and possible prosecution.

CP Hakeem Odumosu further stated that the command will leave no stone unturned in making sure that Lagos State is rid of criminals, especially cultists who are the major perpetrators of crimes and social vices in the state. He also promised to continually partner with the Lagos State Ministry of Women Affairs and Social Development and other interest groups in fighting against gender/domestic based violence in the state.