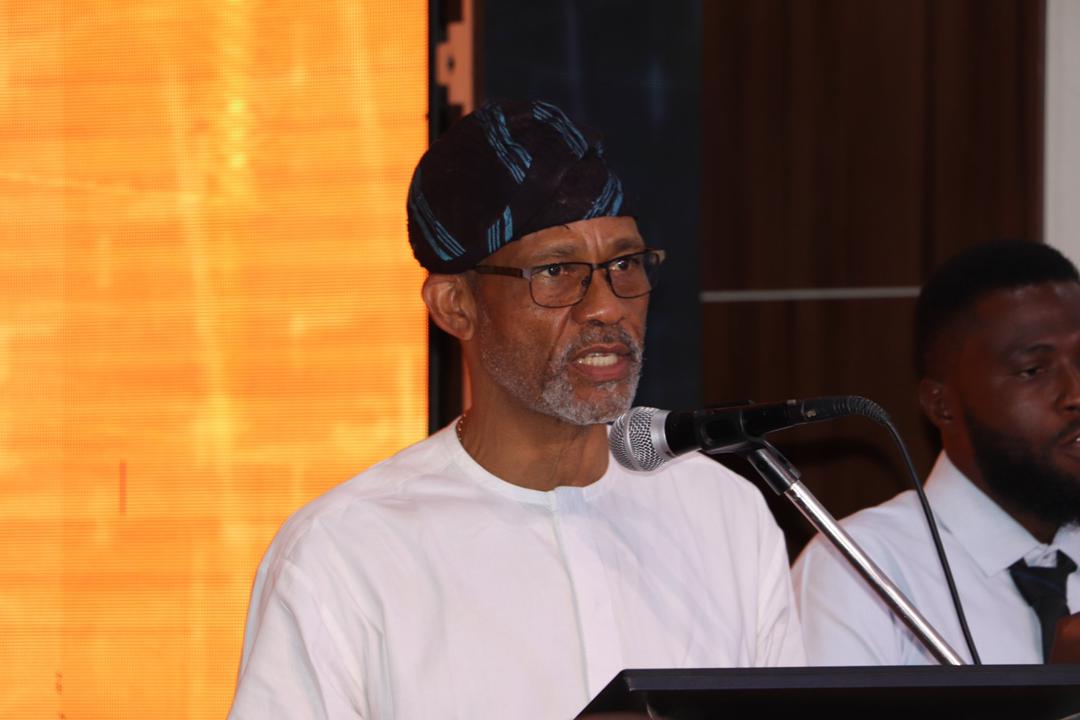 Lagos State Government is overhauling infrastructure across all levels of its healthcare delivery system, Commissioner for Health, Prof. Akin Abayomi has said.

The Commissioner, who spoke at the ongoing inter-ministerial press briefing organised to mark the second year anniversary of Governor Babajide Sanwo-Olu in office, said the upgrade of infrastructure began last year, following the approval of the plan by the Executive Council.

At the event held at the Bagauda Kaltho Press Centre in Alausa, Abayomi gave an account of stewardship of the Ministry’s activities in the last two years.

He explained that the infrastructure roadmap was being executed by the ministry’s Medical Project Implementation Unit (MPIU) in phases, revamping facilities across primary, secondary and tertiary healthcare sectors. He said the overhaul was part of a strategy to build a resilient healthcare in Lagos and increase residents’ access to quality universal health coverage.

Abayomi said the effort would bring about fit-for-purpose healthcare facilities that would raise the government’s capacity to respond to contemporary and future health challenges. The renewal is being carried out in short, medium- and long-term bases, he said.

Part of the new features to be seen, the Commissioner said, will include improved efficiency for physical maintenance, ease of movement, low carbon footprint, low energy consumption, infection prevention and control as well as staff and patient comfort.

He said: “In last one year, we have embarked on phased but comprehensive revamping of our secondary health facilities as part of our medical infrastructure upgrade roadmap, which is aimed at raising access to quality and bring about efficiently run health facilities. This effort commenced in the previous year and it is expected to address issues of design errors, drainage, patient flow, staff flow, water collection, infection prevention, energy and ventilation.

According to the Commissioner, the Sanwo-Olu administration has completed, equipped and handed over two multi-level Maternal and Childcare Centres (MCC) in Eti-Osa and Badagry. The construction of a 110-bed MCC, he said, has been completed in Epe and is due for commissioning in the coming weeks.

Abayomi noted that the upgrade was being done in a sustainable way, which would take another decade for major repairs to be done, except statutory maintenance by the hospital management and the Lagos State Asset Maintenance Agency (LASIAMA).

He said the Executive Council had also approved the construction of new hospitals to bridge gaps in access and services in the health sector. This, he said, is in tandem with the determination of the Sanwo-Olu administration to achieve the goals set in the Health and Environment pillar of its T.H.E.M.E.S Agenda.

He said: “In fulfilment of our medical infrastructure blueprint agenda, we have commenced the construction of a 280-bed General Hospital in Ojo and the 150-bed New Massey Street Children’s Hospital. The Governor also approved the construction and equipping of 1,500-bed Psychiatric Hospital and Rehabilitation Centre at Majidun in Ketu-Ejinrin.

“In the course of the year, we have completed the construction of a four-storey Faculty of Basic Medical and Clinical Sciences Office Block at Lagos State University College of Medicine (LASUCOM) and plans have been concluded for renovation and upgrade of some facilities at the Lagos State University Teaching Hospital (LASUTH) in tandem with our medical infrastructure blueprint strategy for the tertiary health facilities.

Abayomi also disclosed that work had begun on the blueprint designs for Comprehensive Health Center, Primary Health Center and Health Posts as part of the move to rejig their operations and service delivery. This, he said, will help in adding significant bed capacity to Lagos State’s healthcare infrastructure.

“The continuous improvement in quality of health service in the State is a core mandate of our administration and we are uniquely positioned to utilize available resources to actualize this goal. With the ongoing refurbishment and roll out of new infrastructure blueprint, the medical infrastructure landscape of the State would look completely different, giving us a step closer to achieving universal health coverage,” he stated.

The Commissioner averred the medical infrastructure blueprint agenda would address the issue of brain drain, medical travels and patient welfare. The government, through the strategy, hopes to attract medical tourism to the State, he added.

The second wave of the Coronavirus (COVID-19), which spread more rapidly across Lagos State than the first wave, would have been devastating in Nigeria, but for efforts deployed by the government, the Commissioner said. He said the response strategy put in place by Governor Sanwo-Olu efficiently curtailed the pandemic and limited fatalities.

The Commissioner said the effectiveness of the State’s response strategy saved the country from negative impacts associated with the pandemic’s second wave as seen in other countries. He added that EKO TELEMED – a tech-driven platform through which the State Government managed the spread of the virus – yielded efficient results in breaking the cycle of community infection.

The Commissioner said there was an ongoing effort by the State Government to prevent a third wave of the pandemic, noting that Lagos has started the deployment of EKO TELEMED in the management of in-bound international travellers from high burdened countries. The tech-driven platform, Abayomi said, would be used to monitor movement and treat infected travellers.