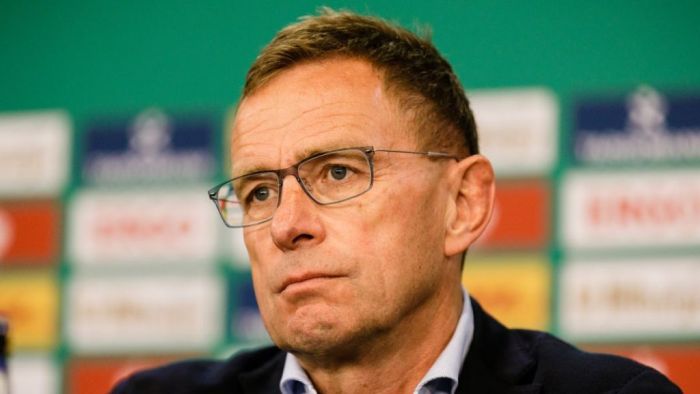 The German turned the club’s fortunes around, helping the Blues finish in fourth place in the league and went on to clinch the Champions League title.

They have continued from there this season, having lost just two of their opening 15 top flight matches to find themselves in third place in the table.

Thomas Tuchel’s side are already in the last 16 of the Champions League with a group game against Zenit St Petersburg in hand.

“To do what Thomas [Tuchel] did in four months at Chelsea was incredible,”

“To win the Champions League, finish fourth in the league, and now be towards the top of the league with almost the same players, is a big achievement. I am not sure I can say that things will develop in the same way for me at Manchester United.”

Champions League: 12 teams qualify for Round of 16 (Full list) Nigeria’s Tobi Amusan walked away with a cheque of $100,000 for winning Gold in the final of the women’s 100m hurdles event in Eugene, Oregon where she also smashed her own record she set in the semi-final.

Amusan finished in a wind-assisted time of 12.06s better than the 12.12s she ran in the semis. The time was later ruled ineligible as the wind speed exceeded the legal limit. Erling Haaland launched his Manchester City tenure with a goal as Pep Guardiola’s men beat Bayern Munich 1-0 in a weather-disrupted friendly at Lambeau Field in Wisconsin on Saturday.

Two delays because of lightning in the area — one before kickoff and one in the first half — saw the contest shortened to 80 minutes.

It was plenty of time for City’s new $61 million striker Haaland to make an impression in his first appearance after Guardiola declared him over the injury “niggles” that kept him sidelined during City’s 2-1 victory over Mexico’s Club America in Houston on Wednesday.

Manchester City had threatened twice before a close-range strike by Bayern’s Serge Gnabry’s was disallowed by a narrow offside call in the seventh minute.

Five minutes later Haaland struck. After Riyad Mahrez’s free kick was blocked Kevin De Bruyne managed to corral the ball and slip a pass through for Jack Grealish, who whipped it across to Haaland to connect from close range.

Frustratingly, another round of electrical storms brought proceedings to a halt, with players exiting the field and the near sellout crowd of 78,128 at the iconic home of the NFL’s Green Bay Packers instructed to seek shelter in the concourses.

The start of the match had already been delayed almost 20 minutes because of dangerous weather conditions.

The disruptions didn’t dampen the festive atmosphere for the first professional soccer match ever held at Lambeau, with a few hardy fans even braving the pounding rain and risk of lighting to remain in their seats during the stoppage.

But before he could unleash a shot a charging Dayot Upercampo booted the ball away.

Although Manchester City controlled the pace, Bayern had a golden opportunity in the 38th minute when a cross from the right found Alphonso Davies at the far post, but his pass across the goal face didn’t quite make it to Gnabry.

A minute later Haaland almost made it 2-0, but his left-footed shot from inside the area was disallowed for offside.

Haaland departed after 40 minutes of action, giving way to newly signed striker Julian Alvarez who nearly doubled the score in the 43rd.

Despite a stream of substitutions in the second half, tension remained high between the Premier League and Bundesliga champions until the end of the truncated contest as Bayern — who opened their brief tour with a 6-2 drubbing of Wayne Rooney’s DC United, sought in vain for an equalizer.

Both clubs were flying home after the match, with Manchester City due to take on Liverpool in the Community Shield next Saturday, when Bayern face RB Leipzig in the SuperCup final.

Just in: Chelsea announces the signing of Raheem Sterling Chelsea has announced the arrival of Raheem Sterling from Manchester City.

The Blues confirmed Sterling’s transfer in a terse statement on social media on Wednesday.

The England international’s signing means Todd Boehly has finally made major recruitment since taking over the club from Roman Abramovich.

The 27-year-old will cost the Blues a fee believed to worth £50 million.

Sterling has signed a five-year contract worth significantly more than the £300,000 a week he was paid by City and more than £290,000 per week that N’Golo Kante earns at Stamford Bridge.

There is the option for an extension of a further season on a deal that also takes him into the Premier League’s top three earners.