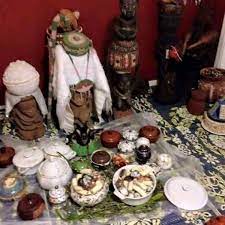 Alikwara was docked on four counts of conspiracy, impersonation, extortion and being in possession of military kits.

Kulu also ordered him to pay N10,000 fine or jail term of three months for count three and fine of N150, 000 or serve four years imprisonment for count four, with all prison terms to run concurrently.

The Prosecution Counsel, Sgt. Bello Mohammed, told the court that the convict, on Jan. 24, went to Kaffin Koro police station and secured the release of an impounded motorcycle.

The convict was dressed in a military camouflage and claimed to be a sergeant in the Nigeria Army when he went to the police station.

Mohammed said the convict was arrested on suspicion of being a fake army officer and when a search was conducted on his house, fake Nigeria Air Force forms and military kits were recovered.

The prosecutor added that during police investigation, it was discovered that the convict conspired with one Umar Shehu, now at large.

The two conspired and extorted N345, 000 from four persons under the pretext of recruiting them into the Army.

Alkwara had pleaded guilty to all the charges and begged the court for leniency.

Man slumps and dies in Rivers hotel after sex with lady