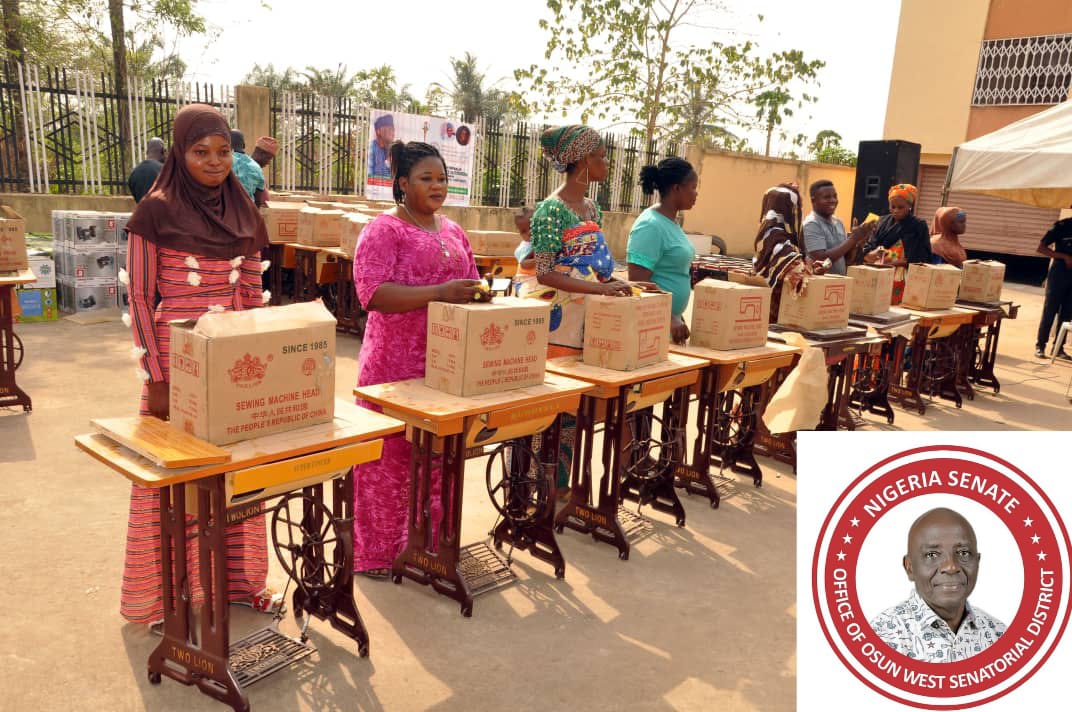 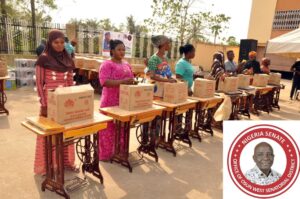 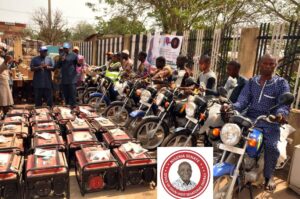 Addressing the beneficiaries, Senator Oriolowo who was represented by the Legislative Aide to the Senate President, Hon Tajudeen Ayofe Adisa appealed that the items gotten should not be sold but be used to better the beneficiaries lives.

He said the intention of the Senator for bringing such program is to ensure that the lives of beneficiaries gets better.

“I want to appeal to you all not to sell these items we are giving you. Please go and use it to improve your various businesses.

“It is the intention of the Distinguished Senator that your lives get better and that is the reasons why we keep organizing different types of empowerment program.

“This is the 27th edition of several series of empowerment and training that we’ve done and we are not stopping as there other one’s being lined up to be held subsequently”, he said.

Speaking at the event, the Osun West Senatorial Chairman, Hon Omolaoye Akintola, described the Senator has a selfless man who is filled with energy to give back to the people he represents.

He added that the empowerment program is not the first that he will be invited to and he was impressed with what he saw.

Representative of one of the Presidential agency (BCDA) who came to monitor the process of distribution from Abuja, Mrs Archibong commended Senator Oriolowo for staying true to the purpose for which the empowerment was designed and meant for.

“I want to commend Senator Oriolowo for not getting tired of empowering the people he represents.

“This is the second time I have been deployed here to monitor his empowerment program and I must say that I am not disappointed.

“I just want to appeal to the beneficiaries to make use of the items and not sell it”, she said.

A beneficiary, Saidat Adeola who spoke at the event expressed gratitude to the Senator for organising the empowerment program adding that the sewing machine she got will help her to improve her fashion business.

It would be recall that just last week, the Senator had empowered over 600 farmers across the Senatorial district with farming materials, implements, utensils, and Tricycles to boost food Security in the state and beyond.

Highlight of the event was when the items were distributed to the beneficiaries to the admiration and excitement of all. 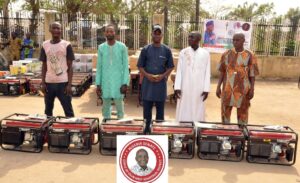 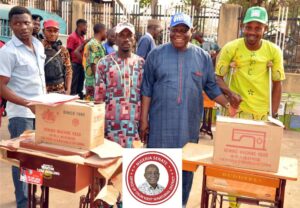 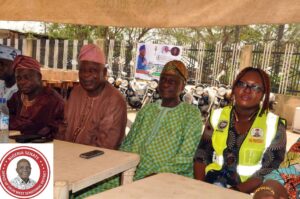 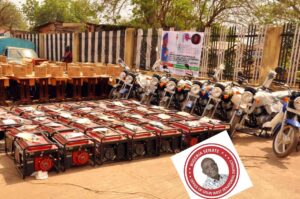 2023 elections will be credible, Jonathan predicts