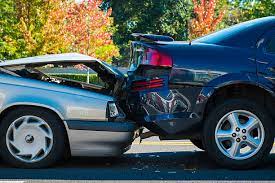 Report has it that many lives were lost which includes a couple and 12 others in two different accidents, weekend, in Kaduna and Ogun states, with many sustaining injuries.

In Kaduna, 11 travellers died, Sunday, when the bus they were travelling in went up in flames at Mararaban Issah in Iddah ward of Kagarko Local Government Area of the state after hitting a construction vehicle parked by the roadside.

It was gathered that the travellers were going to Zaria from Edo State when the accident occurred.A source said nine of the passengers were burnt beyond recognition, while two others that were rushed to the hospital, also died.

Mr Nasara Rabo, Chairman of Kagarko Local Government Area, described the incident as unfortunate and prayed for the dead.According to him, the bodies were deposited at the General Hospital Kagargo Mortuary.

In a related development, a couple and one other reportedly lost their lives, while three others sustained injuries in an auto-crash on the Benin-Ore/Ijebu-Ode Expressway Sunday.

According to eye witnesses, five occupants, four males and a female, were in the vehicles when the Volkswagen driver, driving against traffic, collided with the Toyota Camry.

The Toyota Camry driver reportedly died a few minutes later in the hospital. Those rescued were rushed to.