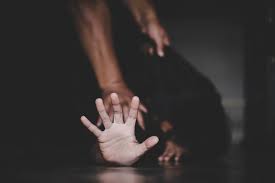 A father, Yahaya Oisamaiye, has been remanded in a custodial centre in Edo State for allegedly defiling his 15-month-old daughter.

The Justice Geraldine Imadegbelo-led High Court ordered that Oisamaiye be remanded pending legal advice from the Directorate of Public Prosecutions.

The charge against the accused read, “That you, Yahaya Oisamaiye, on or about February 7, 2022, between 5am and 6am, on Brisbourne Iyamu Street, GRA, Benin City, in the Benin Judicial Division, did have unlawful carnal knowledge of (name withheld) aged 15 months, thereby committing an offence contrary to Section 4 and punishable under Section 5 (1) of the Edo State Violence Against Persons (Prohibition) Law 2021.”

He pleaded not guilty to the charge.

The police prosecutor, I. E. Ekibade, urged the court to remand Oisamaiye, citing the Administration of Criminal Justice Law of Edo State 2016.

“Section 293(1) provides that when a suspect is arrested for an offence which a magistrate’s court has no jurisdiction to try shall within a reasonable time of arrest be brought before a high court for remand,” Ekibade added.