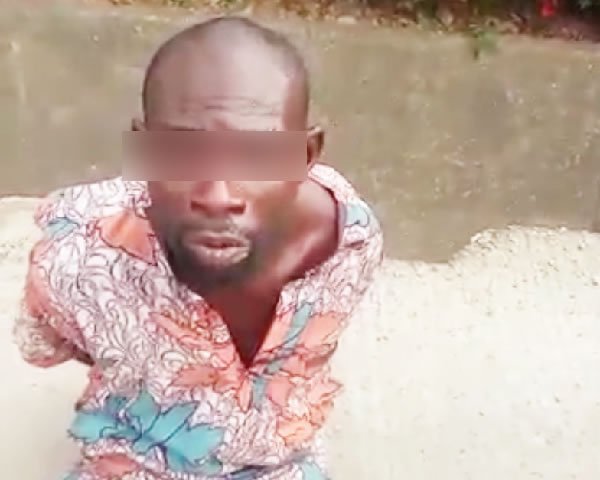 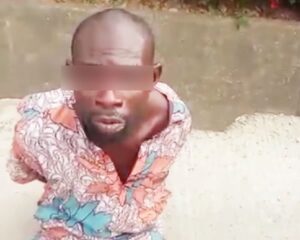 A suspected ritualist, Temitayo Olafisoye, has been arrested after a failed attempt to kidnap some pupils of a private school on Omole Estate in the Ojodu area of Lagos State.

It was gathered that Olafisoye and an accomplice, Kayode Akinola, visited the estate on Sunday and started loitering around the school premises.

Their suspicious movement was reportedly noticed by some of the estate guards.

However, on Monday, a woman, who used her car to convey her children to the school, reportedly parked close to the premises so the pupils could disembark from the vehicle.

After parking, the woman got down to open the door for her children to alight.

Olafisoye was said to have run into the driver’s seat of the vehicle in an attempt to drive the kids away.

His plan, however, failed as the woman had switched off the car engine and held the key as she made to open the door for the kids.

Our correspondent learnt that the mother, upon observing the suspect’s action, raised the alarm, which caught the attention of the guards, who apprehended Olafisoye.

A source revealed that the accomplice, Akinola, fled the scene after observing that their plan had failed.

The source said, “A security from the estate said the man was seen hanging around there since yesterday. The woman came down to go round to the passengers’ side to open the door for her kids.

“The man ran into the car, locked the doors, but unfortunately, the woman had turned off the car engine and alighted with the car key. She raised the alarm when the man entered her car and then security came out. He came to survey how to carry out his plan. His partner ran away.

“It happened this morning (Monday). The suspect said he and his partner came from Ibadan to kidnap children for ritual.”

A video clip showing Olafisoye kneeling while being interrogated by security guards and other residents on the estate was seen by our correspondent.

Asked why he attempted to kidnap the pupils, the suspect said, “I came from Ibadan. I used to come to Lagos to kidnap children. We will kidnap and put the children inside a vehicle and take them away.

“I have kidnapped a lot of children around Berger, Iyana Ipaja, Ikotun, Iyana Iba. I am Temitayo Olafisoye, my colleague is Kayode Akinola. We came from Apata area in Sango, Ibadan. We usually use the children for money rituals.”

The state Police Public Relations Officer, Benjamin Hundeyin, confirmed the incident, adding that the case would be transferred to the State Criminal Investigation and Intelligence Department, Yaba, for further investigation.

“The case is confirmed. The suspect is Kayode Olafisoye, and he is presently at the Ojodu Police Division. His accomplice is on the run and will eventually be arrested. The case will be transferred to the SCIID,” Hundeyin said.