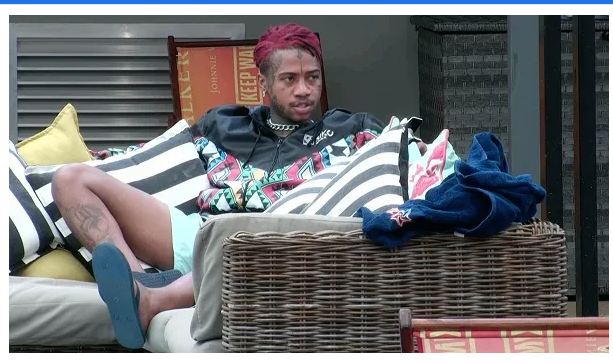 This season’s Big Brother SA has left fans with so much to savour when it comes to housemates going naked and baring their bodies. Here, we see Fans react after seeing Themba’s Manhood.

According to the video, Big Brother SA Themba is seen getting out of his bed when his private part flashed out from his sleeping robe.

As his manhood began to go viral, BBMzansi fans started reacting to the darkness/blackness of his manhood. 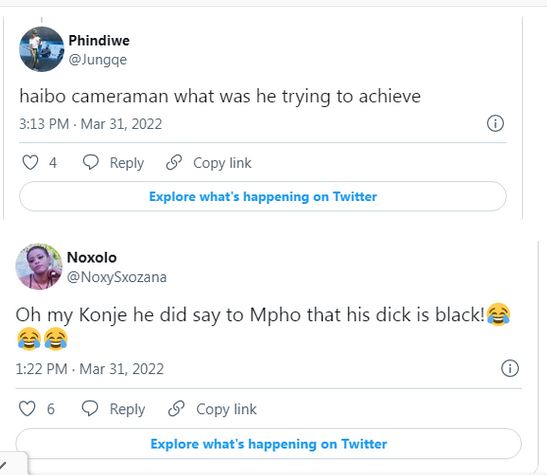 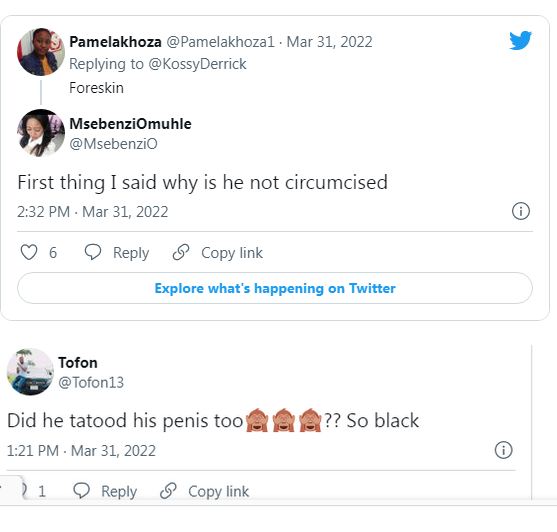 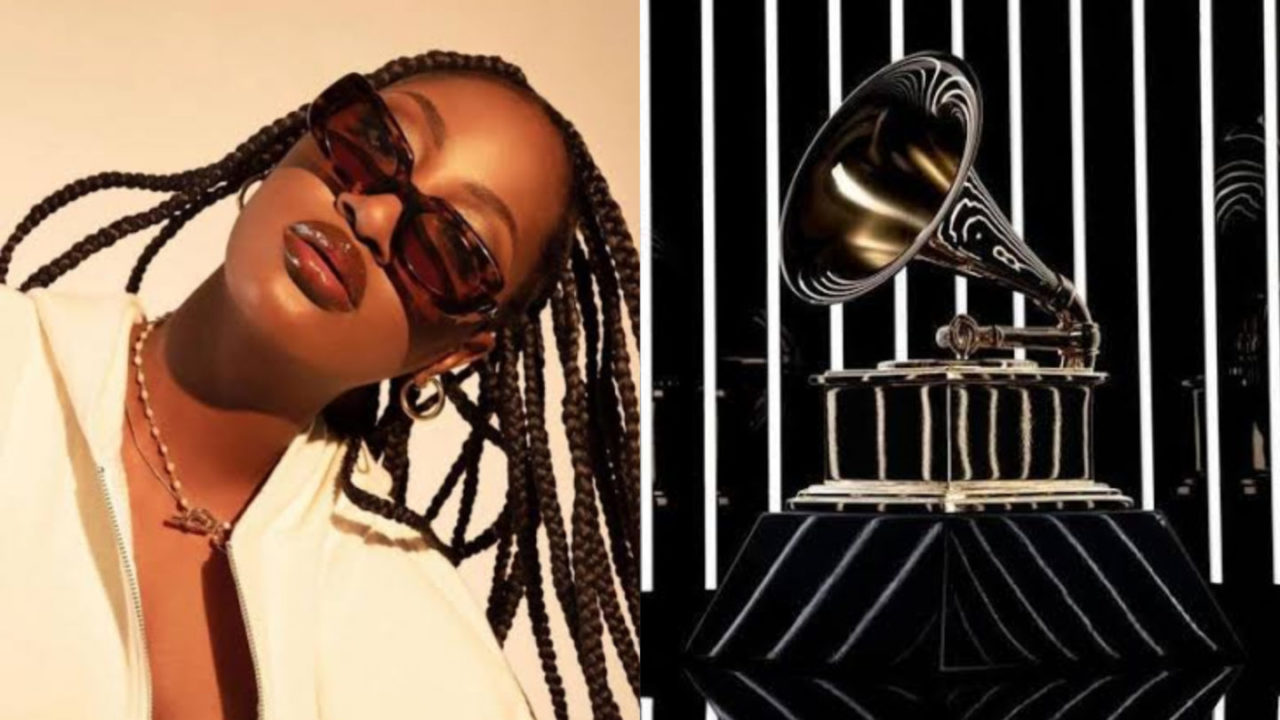 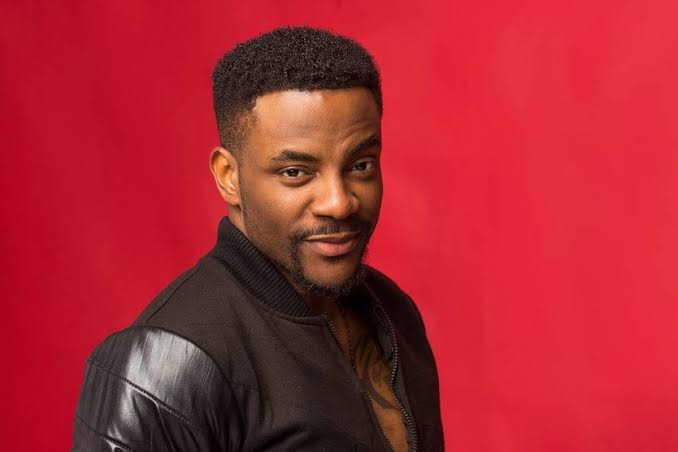 Cynthia Uchendu, the wife of Ebuka Obi-Uchendu, one of the hosts of the ongoing TV show titled Big Brother Titans, has announced that her husband is ill.

The mother of two stated this on Sunday night after her husband hosted the BBTitans premiere.

Speaking via Twitter, Cynthia praised her husband for handling the show with such professionalism, insisting that no one would have realized he was not physically healthy.

She wrote, “Who would have thought Ebuka is extremely sick right now… professional to the core.”

Reacting to the Tweet, some of Ebuka’s fan took to the comment section to wish the TV host a quick recovery.

Charis Akpabio, “Okay, noticed he was a bit calm.”

Adedoyin, “Awwww Ebuka. I pray he gets so well soon. His energy was down though.”

Queen9ice, “I sensed it tho… Because he was sounding unusual but he did very well.. I wish him speed recovery.”

Adaeze Speaks, “The stress is too much for him. He just got back from Calabar after hosting miss Africa beauty contest.”

Sizzle, “No wonder. His energy wasn’t its usual High Pitch for opening Nights. Prayers up for him. Get well soon champ.”

Joyous one, “Wow.. didn’t noticed at all. He’s truly born for this.”

Liquorise brain, “I knew there is definitely something wrong with his vibes tonight…even his face I can tell…Speedy recovery papa…don’t forget we need ur vibes and we love”

KMG, “Wishing him a speedy recovery. My daughter noticed but still he was on point.”

Arc, “ill you mean not sick!!!Wish him a quick recovery. For u, doing a good job of packaging him.”

THE BIOGRAPHY OF FELA – KUTI 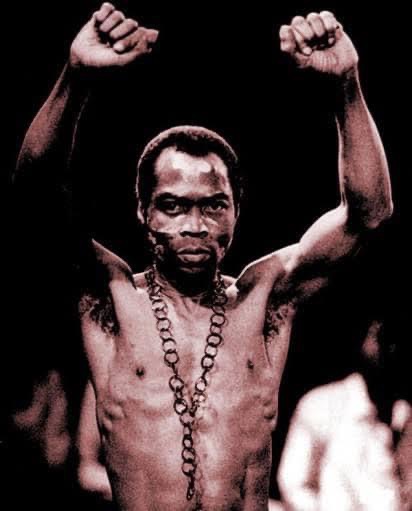 His mother, Funmilayo Ransome Kuti was a famous front line activist in the anti- colonial movement and his father, reverend Israel Oludotun Ransome- Kuti, a protestant minister and a school principal, was the first president of the Nigerian union of teachers.

His musical talents and radical nature manifested early, so it was no surprise that he went to London in 1958 to study music at the trinity college of music. While there he formed the band Koola Lobito’s, playing a style of music that was a fusion of Jazz with West African highlife.

In 1963, Fela moved back to Nigeria, reformed Koola Lobito’s and trained as a radio producer for the Nigerian broadcasting corporation.

In 1969, Fela took the band to the united states, while there Fela discovered the black power movement through Sandra smith (now isodore) a partisan of the black panther party which would heavily influence his music and political views, indeed Fela experience a political awakening that later reflected in a total transformation of his world view his music and the place of Africa and the black man in history.

His early years and his mother political activism had exposed him to some degree to the fight for political independence from colonialism, and especially memorable for the young Fela was being introduced by his mother to the late Kwame Nkrumah.

Nkrumah was the guiding light of Ghana’s independence and the leading advocate for pan- Africanism and the Organization of African Unity (O.A.U).

If this early exposure could be said to introduce Fela to the politics, his nine (9) month sojourn in Los Angeles completed his political education and gave birth to the musical phenomenon and political maverick of African music forever. In his own words “for the first time I heard things I had never heard before about Africa”. Fela told friends he learnt more about African in Los Angeles than he had learnt in Lagos and insisted that the whole atmosphere of black revolution changed me, my consciousness, my thinking, and my perception of things). I was educated”

The first acclaimed on afro-beat song “which gave birth to the genre was my lady frustration part of a recording available today on the compilation named “the 69 los angeles sessions.

Fela and his band renamed Nigeria 70, returned to Nigeria. He the armed the Kalakuta republic a commune , a recording studio, and home for many connected to the band that he later declared independent from the Nigerian state.

Fela music became very popular among the Nigerian public and Africans general. Infact, he made the decision to sing in pidgin English so that his music could be enjoyed by individuals all over African where local languages spoken are very diverse and numerous. As popular as fela’s music had become in Nigeria and elsewhere. It was very unpopular with the ruling government and raids on Kalakuta Republic where frequent.

In 1977, Fela and the Africa ‘70’ released the hit album zombie, scathing attack on Nigerian soldiers using the zombie metaphor describe the method of the Nigerian military. The album was a smash with the people and infuriated the government, setting off a vicious attack against the Kalakuta republic, during which one thousand soldiers attacked the commune. Fela was severely beaten, and his elderly mother was thrown from a window, casting fatal injuries. The Kalakuta republic was burned, and Fela’s studio, instruments and master tapes were destroyed, he claimed that he would have been killed if it were not for the intervention of a commanding officer as he was being beaten. Fela’s response to the attack was to deliver his mother’s coffin to the main army barrack in Lagos and write two songs, “coffin for head of state” and “unknown soldier” referencing official injury that claimed the commune had been destroyed by Unknown Soldier. Fela and his band then took residence in crossroads hotel as the shrine had been destroyed along with his commune.

In 1978, Fela married 27 women, many of whom were his dancers, composers and singers to mark the anniversary of the attack on the Kalakuta republic. The year also marked by two notorious concerts, the first in Accra in which riot broke out during the song “zombie” which led to Fela being banned from entering Ghana. The second was at Berlin Jazz festival, after which he had a lot of his band members desert him due to various issues.

Despite the massive setbacks, Fela was determined to come back. He formed his own political party, which he called movement of the people. In 1979, he put himself forward for president in Nigeria’s first elections for more than a decade but his candidature was refused. At this time, Fela created a new band called Egypt ‘80’ and continued to record albums and tour the country.

He further infuriated the political establishment by dropping the names of ITT Vice president Moshood Abiola and then general Olusegun Obasanjo at the end of a hot selling 25 minute political polemic titled I.😭 (international thief-thief) in 1984, he was again attacked by the military government, who jailed him on a dubious charge of currency smuggling. His case was taken up by several human right group and after 20 months, he was released from prison. He continued to release albums with Egypt “80” made a number of successful tour of United State of America and Europe and his album output slowed down in the 1990’s.

He died on 2nd August 1997, more than a million people ironically including from the armed forces and police attended his funeral in Lagos. His musical career was matchless and prolific with over 70 albums and over 200 songs.