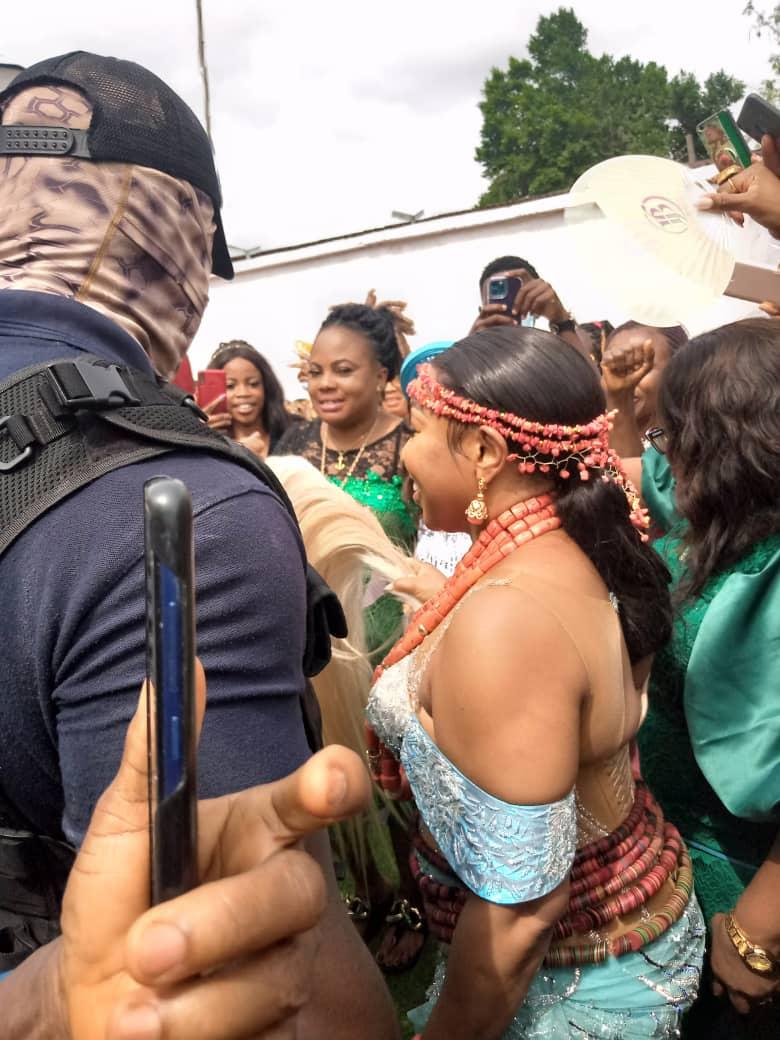 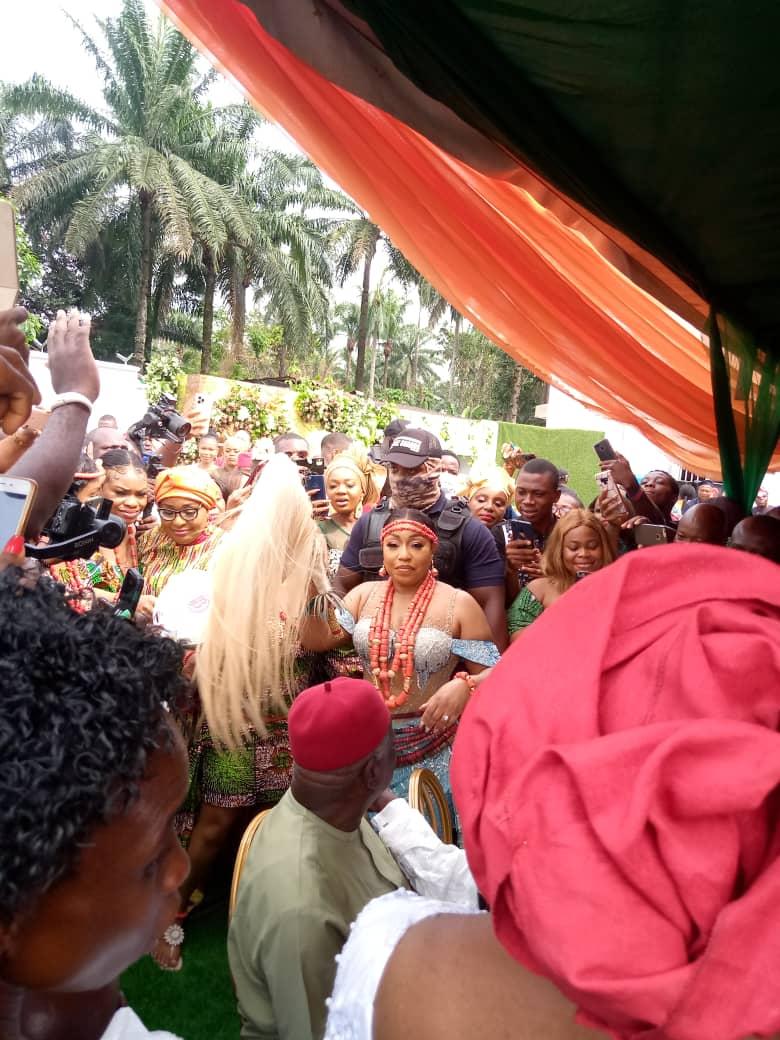 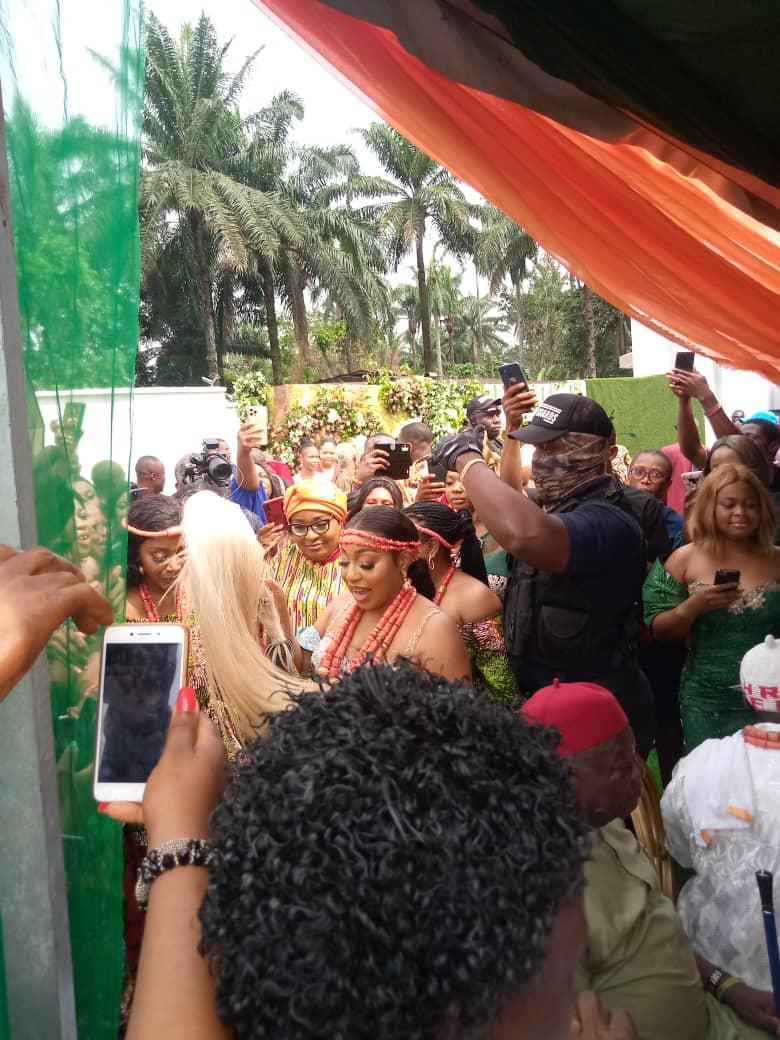 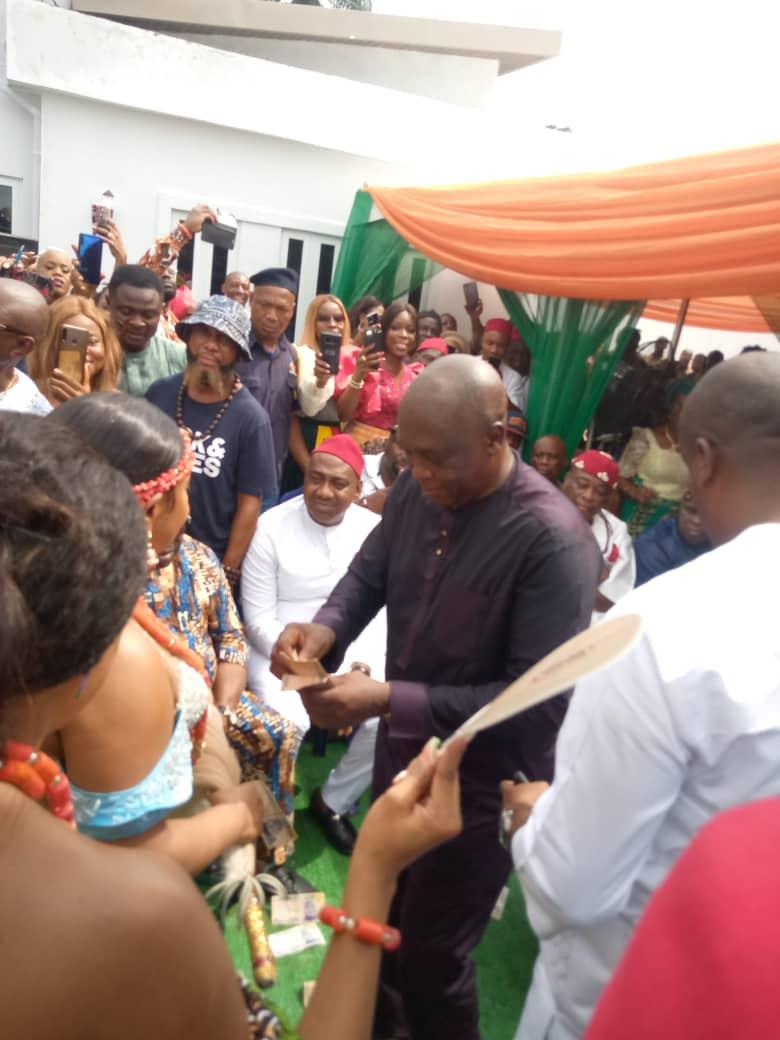 At her late father’s compound, which is of course the home of the traditional ruler of the community, HRH,   Eze Marcellenus J.O Waturuocha, is besieged with people from all walks of life.

Rita Dominic and her hubby, Fidelis Anosike arrived at her family compound around 1 pm to kick start the traditional marriage. Meanwhile, the whole place was condoned by security operatives, including the army, police and local vigilante groups. The gunmen also killed a soldier, who was said to be a security escort of the victim, who is an engineer.

The driver of the victim was also killed by the gunmen.

The identity of the victims had not been revealed at the time of filing this report.

According to a source, the incident occurred at about 5.30 pm on Wednesday.

The source said, “The man we call white engineer has been kidnapped. His driver and his security soldier were killed. The gunmen fired many shots into the air to disperse the people around.”

Video: Oluwo of Iwo dancing “Royally” at his wedding ceremony

Oluwo of Iwo has shown his competence as a contemporary King by dishing out some fascinating dance steps at his wedding ceremony today 20th March, 2022 at his attractive palace.

Recall that Oluwo had earlier announced his interest in marrying Kano princess after he broke up with his Jamaican wife. The Governor of Oyo State, Seyi Makinde, has handed the staff of office to Oba Lekan Balogun as the 42nd Olubadan of Ibadan.

This was during the new monarch’s coronation ceremony held in Ibadan, the Oyo State capital.

Also at the event were the Alaafin of Oyo, Oba Lamidi Adeyemi III; the Ooni of Ife, Oba Adeyeye Ogunwusi; the Sultan of Sokoto, Alhaji Muhammadu Sa’ad Abubakar; Olugbo of Ugbo Kingdom, Oba Fredrick Obateru Akinruntan; and Ambassador of Republic of China to Nigeria, Cui Jiauchun.

Oba Yusuf Adeleye, the Olubaka of Okaland in Ondo State; Oluwo of Iwoland; the Ikere of Saki, Aseyin of Iseyin, former Governor of Oyo State and the Otun Olubadan, Chief Rasidi Ladoja and a former Deputy Governor of Lagos State, Femi Pedro were also present.

The ceremony was officially declared open at exactly 11.14am with the recitation of the National Anthem, Oyo State Anthem as well as Ibadan Anthem.The opening prayers were said by Christians, Muslims and the traditional prayer by the Araba Awo of Ibadanland.

Also, Moshood Ayanyemi, Atookowagbowo led other Ibadan drummers to welcome the guests and well-wishers to the occasion in a traditional way.

However, the 42nd Olubadan of Ibadanland was ushered into the venue at exactly 11.50am, after which all the traditional chiefs, Mogajis, religious leaders, leaders of various associations in Ibadanland paid homage to Oba Balogun. (NAN)