It is speculated that those behind this might be sponsored political youths within the party.

As at the time of filling this report, the main cause of the incident is still sketchy. 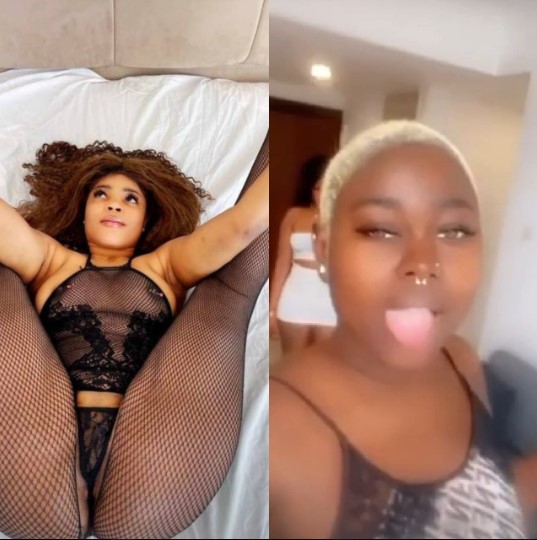 Few hours after we saw the unveiling of the final #BBNaija Season 7 Housemates in a star-studded Live Launch Show, a lady identified as Brownie took to social media to call out Chi chi who is one of the BBNaija Level up housemate. She narrated how she took Chi Chi in while she was going through difficult times but she tried to end her life by poisoning her food.

She took to her Whatsapp status to pour her mind out, with a picture of Chi Chi, she wrote;

“Mumu nah biggi you go give poison this time around, idiot fool nearly took my life in Cyprus after helping her she cripped into my life bastard next she gave me poison with groundnut soup she then ran to Nigeria thinking i will die, wicked mf”  She captioned it ” this life shaaa nah fvck she go use scatter that house, killer”

She went ahead to share videos of them together, she tagged and captioned;

“This idiot was my best friend, my sister everything but she wanted to take my life to the extent of poisoning me, i helped this girl pay rent buy food she reached out to me from instagram that she wants to kill herself that she is suffering i took her in helped her stupid life even when she was using my house as hotel to bring Turkish men and fvck them idiot i hate you with my life”  then she captioned “fucking fool you connived with my girl and burn my passport God don catch you”

“If you all know my baby girl ivy, before i and Ivy reconnected this year i had tried all ways to reach out to her no way, only to get  strange inbox in my IG late May… that she was rescued from trying to commit suicide in Cyprus…Her ed duped her, sold her shop and items in Abuja did away with the money while stalking her with acid in Cyprus… Ivy went to report in Cyprus police department only for them to turn the tables, her sexual video last were leaked, to crown it all her best friend was acting all caring one of the days she was still going for court cases only to cajole and console her into eating a specially made groundnut soup.” 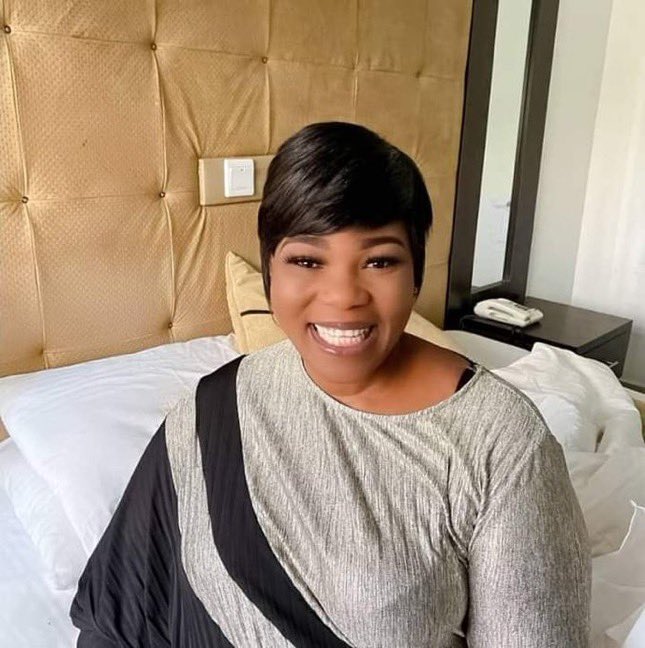 The news of the death of veteran Nollywood actress, Ada Ameh, shocked fans and colleagues when it was made public on Monday.

Ameh, who was popular for her role as Emu in Africa Magic family drama, The Johnsons, died on Sunday night.

Members of The Johnsons cast and crew have also joined the plethora of fans who mourned the late actress.

Actor Charles Inojie, who played Mr Johnson and Emu’s husband in the family drama shared a picture of the actress on his Instagram page.

He wrote, “It has taken a while to authenticate this sad news before going public under advisement from Ada’s manager who was on his way to Warri to secure physical confirmation of the horrible news that hit us all this morning.

“He has just called in from Warri and sadly he has confirmed our worst fears. Our beloved Emuakpor Johnson is no more!

“It is with deep sense of loss, total submission to the will of God, that Native Media Tv, cast and crew of @theofficialthejohnsons painfully announce the passing of our dear sister, friend, colleague and Matriarch of The Johnsons clan Ada Obande Ameh (aka Emuakpor Johnson).

“To all our teeming fans around the world, we have truly lost a rare and vibrant gem, but celebrate the life of an icon who daily put smiles on every face and spreads love in every home.

“Together, we join our voices with yours to offer prayers on behalf of the family. May God grant them the fortitude to bear this irreplaceable loss.

“ADA, you will be missed but your memory will live on in our hearts forever. We love you.”

Actress Seun Osigbesan, who once played Jennifer and Emu’s daughter in the comedy series, also penned a touching tribute for the late actress

She wrote, “My maama. It’s been extremely hard for me all day. Never ever thought I would be making an ‘RIP’ post of you maama.

“Tears wouldn’t even allow me type as I am completely devastated and broken.
My maama, It’s so hard to even think or imagine you’re no more, not talking of embracing its reality. This news of your demise is a sharp pain in the chest. It is as though a missile just exploded in a city.

“I kept saying and repeating these words to myself as I wept, ‘it is well’, Never will you be forgotten my maama. NEVER!!! RIP maama.”

“Farewell to a gem, Ada Ameh. Your passion brought so many smiles and love to families beyond measure. You will be missed. From all of us@ Africa Magic, “the post read.

It continued, “A rare gem has left our presence on earth, but she will forever be in our hearts. ADA AMEH, you brought so much light, love and laughter to our screens and homes.

“Your ever bubbly nature will be forever missed but never forgotten. Rest well. We will all miss you. #AdaAmeh #GoneButNotForgotten.”

In October 2020, Ada Ameh lost her only daughter, Aladi Godgift, who was over 30 years old.

The actress had, in recent times, opened up about her battle with grief, depression, and mental issues.

Why we must remain united – Sanwo-Olu The Lagos State Governor, Babajide Sanwo-Olu, has urged citizens not to lose sight of the unifying element of the Ojude Oba celebration in Ogun State which brought together people of all faiths, tribes, and languages.

The governor made this call on Monday, during his address at the grand finale of the 2022 edition of the annual Ojude Oba festival held at Oba Sikiru Adetona’s golden jubilee centre, in Ijebu Ode, Ogun State.

Sanwo-Olu explained that the people of Lagos and Ogun States share a long historical and cultural bond which led him to establish the Lagos-Ogun Joint Development Commission with Governor Dapo Abiodun, to collaborate on key areas of mutual benefit and development, and accelerate socio-economic growth for their communities.

He said, “It is noteworthy that the Ojude Oba Festival has while staying true to its Islamic roots, also expanded to become a unifying symbol and occasion for people of all faiths, tribes, and tongues; as well as a global celebration of Ijebu heritage and culture.

“We must never lose sight of this unifying element, at a time when the forces of division seem to be working so actively to undermine all that we cherish as a people. Celebrations like Ojude Oba remind us that evil will never triumph over good. As a proud son of Lagos, it is personally very pleasing to be in this colourful ceremony among my Ijebu brothers and sisters.

“We the peoples of Lagos and Ogun share a long historical and cultural bond, shaped by the same forces and experiences, nourished by the same waterways, and living up to the same Omoluabi standards and ideals.

“This was what spurred my brother Governor, Prince Dr Dapo Abiodun and I to, in 2021, establish the Lagos-Ogun Joint Development Commission, to collaborate on key areas of mutual benefit and development, and accelerate socio-economic growth for all our communities and our people.

“The road network linking Ijebu-Ode, Epe and Lekki is yet another concrete manifestation of our collaboration – Ogun State has completed their own stretch, while we will complete our own end this year, opening up new commercial and logistics opportunities in that axis, and positively impacting the lives of our people, many of whose daily lives cross our joint borders.”