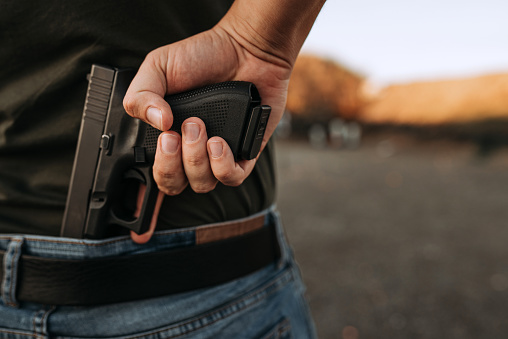 One Yinusa Okunloye, 43, was on Saturday shot dead by yet to be identified suspected cultists.

It was gathered that the three assailants stormed the victim’s house located at 5, Olofa street, Ofatedo in Egbedore local government area at midnight to shot him on the chest.

A neighbour who pleaded anonymity disclosed that the suspects got to the house on a commercial motorcycle and upon arrival sought the deceased’s presence.

The source said, “I heard the sound of a motorcycle and when I peeped through the window, there were three men outside. They call out the victim’s name and he open his door to attend to them.

“After about few seconds of discussion, one of the suspects shot him on the chest at close range and he died few minutes after they left”.

Confirming the incident, the Osun state Police Command’s Public Relations Officer, Yemisi Opalola the incident was reported to the police same day by a neighbour in the house.

“Upon receiving the report, police moved to the house and evacuated the body to the Osun State University Teaching Hospital’s morgue in Osogbo.

“However, no arrest has been made yet, but investigation has commenced into the circumstances surrounding the incident”, she said.